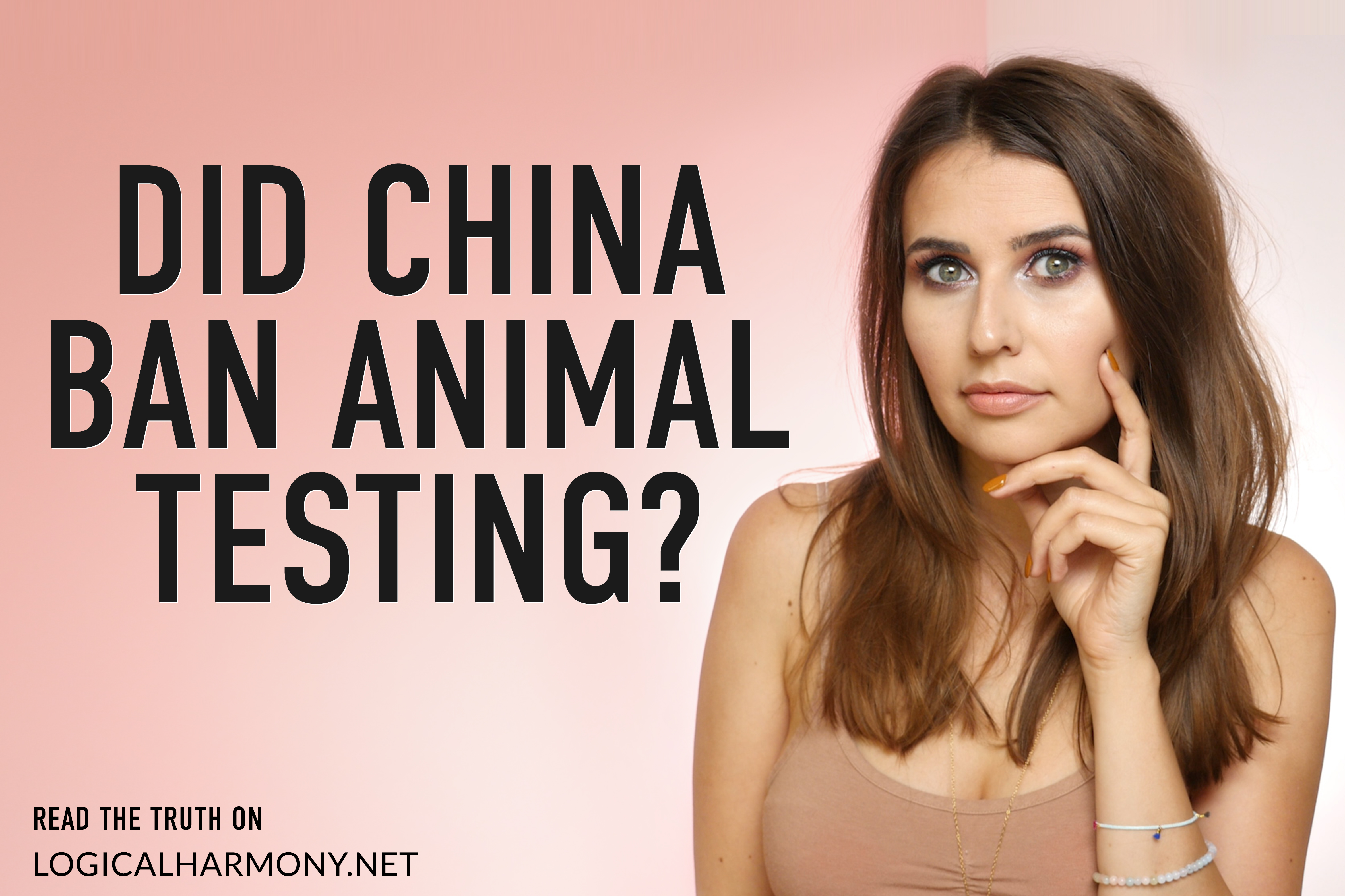 While there have been steps taken in China that progress, most of what was being circulated was not accurate and very misleading.

So what exactly is going on with China? There’s still a lot of confusion and a lot of inaccurate information being spread. Headlines may have been corrected, but many are still sharing what they believe to be the truth based on the inaccurate headlines published by other sources earlier this week.

Read on to learn more and get all the details.

Want the quick notes about China?

You’ll find those here with more details below for those who want to get into them. If you want a more in-depth breakdown, you’ll find that further down in this post.

Did China end animal testing? No.

No. China has not ended animal testing. It’s really important as a cruelty-free consumer to understand what changes are going on there, how it impacts brands, and how it impacts you.

It is important to note that Hong Kong, Taiwan, and Macau are technically part of China but they do not require animal testing. Those countries joined China and have been allowed to maintain their own laws and governments. They are not subject to animal testing laws in China. Brands can sell in Hong Kong, Taiwan, and Macau and remain cruelty-free.

Brands are also able to sell in China via e-commerce and avoid animal testing (both pre-market and post-market) so long as they are not sold in physical stores in China. This is how some brands are able to be available in China and remain cruelty-free.

Did China ban animal testing? No.

No. China did not ban animal testing.

Again, the above is a super simple break down of the animal testing laws in China. I wanted to create something people could glance at and get a quick answer.

Is China ending animal testing for cosmetics in 2020? No.

China is not ending animal testing for cosmetics in 2020. As announced by the Institute for In Vitro Sciences (IIVS), several new alternatives for animal testing have been approved to be used starting in 2020. Here’s what they had to say –

In a notice issued on March 22, the NMPA drafted acceptance of nine test methods including:

These new regulations will go into effect January 1, 2020 and will be the preferred toxicological tests for the registration and pre-market approval of cosmetic ingredients.

It’s a great step and a big win for the movement! IIVS has done a lot of work in China and this is great progress that has been made. However, animal testing is not ending because of these approvals. Nor is that what IIVS is claiming or stating.

It also does not impact post-market animal testing requirements.

Want to get into more detail about animal testing in China and what changes happened?

Humane Society International, an organization I trust immensely, was quick to jump into things to share some really great updates. Here’s what they had to say on Twitter that easily sums up what is going on in China –

However, in the case of non-routine tests, eg: a consumer complaint about a product, unless/until authorities accept modern non-animal eye/skin irritation tests, and invest in local infrastructure to use such tests, animal testing could still be the default.

Humane Society International has a page specifically for its Be Cruelty-Free campaign that includes lots of updates about animal testing around the globe. They are an amazing resource and explain things in a very matter of fact way that’s really easy to understand.

What is post-market animal testing?

Post-market animal testing is one way that required by law animal testing has been happening in China. It occurs when the products are already on store shelves and have been released into the consumer market. The government would, at any time, pull products and test them on animals. The Chinese government is not required to get permission from the brands in order to do this or to tell the brands if their products have been pulled. When entering the market in China, brands are aware of post-market animal testing and the rules regarding it.

No. Post-market animal testing in China was not banned. Changes are being made that will reduce it, which is amazing and a great step forward. But, it has not been banned.

While some cosmetics brands are claiming that they will be able to avoid post-market animal testing completely it’s simply hard to tell at this point. There is no concrete evidence that I have found that indicates that brands have any control over this. My understanding is that the Chinese government could pull any cosmetics for post-market testing for a non-routine test at any time. Humane Society International backs up this understanding and I have had this confirmed to me by brands who currently sell their cosmetics in China.

A reduction is amazing. This is a really great step and it should not be ignored. That said, it is important to recognize that post-market animal testing could still happen and does not seem to be something cosmetic brands selling in China can avoid.

What should you do when rumors like this circulate?

Always check with reputable organizations that are truly in the weeds with these situations, like Humane Society International. and Cruelty-Free International. They post press releases, share on Twitter, and share on IG when there are changes that are important to share. If you see a headline claiming that a huge victory has been won in the cruelty-free community always check to see if HSI and CFI are celebrating before spreading the supposed victory.

I will always share the information I find about any changes to animal testing laws and policies. I do a lot of digging into news sites, research sites, and I often discuss my findings and suspicions with these groups to help ensure that I am sharing the most accurate information. I’d rather post a day or two late and know that what I’m putting out there is accurate than rush to hit the publish button just so that I can be the first to break inaccurate or misleading news that causes a lot of confusion.