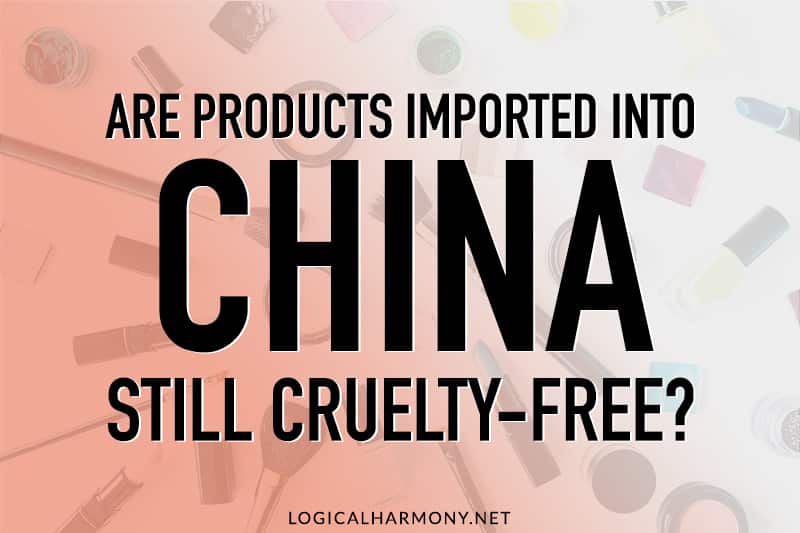 The laws about animal testing in China continue to cause confusion. Many brands have opted to started testing on animals to comply laws that require testing on animals in order to sell in China and in other markets. Last year, Logical Harmony published the post Animal Testing and China which tried to give an overview of when products are and are not required to be tested on animals. Several readers and bloggers reached out with questions about the sale of fully packaged goods into China. Most wanted to know, “are products imported into China tested on animals?”. Being unable to find any additional information, I asked my friends at Humane Society International for their input.

HSI was very involved in the campaigns to ban animal testing in the EU and India. Their Be Cruelty-Free Campaign is one of the largest and most informative campaigns against animal testing. They now have their sights set on passing animal testing bans in China and have started to expand their reach into that market.

Here is what HSI had to say on the matter of 3rd party online retail sites shipping products into China on behalf of brands.

“Generally speaking if a cruelty-free company sells its cosmetics via an online retailer and that retailer ships the products to China, there would be no testing as officially the products would not be registered in China. However, if the online retailer’s website is registered in China – such as Tmall – that might be different because that requires the company to be registered in China and could then mean that animal testing will be involved. It all depends on how the online company goes about getting the products in to China. If they come in via road, I am told that most products now come in under distributors import licenses so a separate company license is not required – they tend to ship in everything under this one license. If air freight then it’s more likely to require being registered and therefore tested.

If a company doesn’t want its products to be sent to China, it can request that when it signs up with the online retailer. It the company isn’t aware of the animal test regulations and therefore doesn’t ask for its products not to be sold in China, it wouldn’t necessarily be told if animal testing was requested because it would depend on how the request was made. Sometimes, all that is requested is that samples of products are made available for the relevant government agency to conduct the animal testing so that request may be made of the online retailer without the company’s knowledge, or that request could be made of the company but no mention of animal testing.”

The matters of animal testing in the Chinese market continue to be complex and tricky to understand. For continued updates on this issue, keep up with the Be Cruelty-Free Campaign and look for future posts on Logical Harmony as well.