You are likely familiar with my monthly favorites and empties videos where I share my honest thoughts on a variety of products. We know that most of you have guys in your life that are also interested in cruelty free and vegan options.This month, Justin got in on the action! He is sharing his hits and misses in this video.

END_OF_DOCUMENT_TOKEN_TO_BE_REPLACED A couple of months ago a few animal rights organizations published articles claiming that Seventh Generation, long known for being a cruelty free and vegan friendly brand, was supporting an act that would increase animal testing in the United States. The articles claimed that this was true because Seventh Generation was funding a grassroots organization that supported an act that would increase animal testing. The news spread like wildfire and many turned it into a statement that Seventh Generation was testing on animals themselves.

Update on September 19, 2016 – Unilever has announced plans to purchase Seventh Generation. For consumers like myself who do not purchase from brands with a parent company that test on animals, I will need to replace most of my cleaning products based on this acquisition alone. When I first heard about the issue, I reached out to Seventh Generation immediately. PETA and PCRM were both saying some confusing things about their political involvement and I was shocked to hear that such an animal friendly brand would have that involvement. Their CEO agreed to answer some very specific questions I had about their animal testing stance and views on animal testing in general.

It is untrue that the Seventh Generation animal testing stance has changed. The brand is still certified as cruelty free by Logical Harmony and Leaping Bunny. What surprised me most was the amount of outdated information and miscommunication being shared around this issue. Even by usually trustworthy sources.

This news may be old to some, but I was even more shocked to find out that the loose ends were never tied up in this issue and a lot of people were unaware of the outcome. Continue reading to view the full Q&A.

END_OF_DOCUMENT_TOKEN_TO_BE_REPLACED 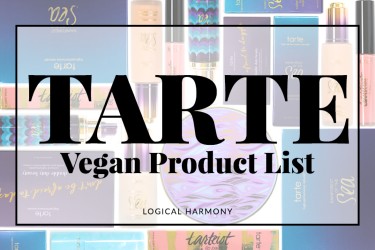