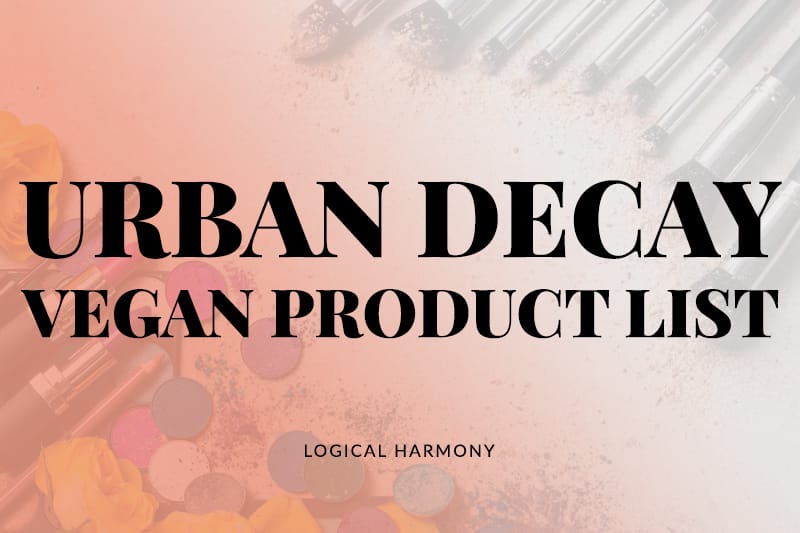 In an effort to make things easier for everyone I wanted to create this list of all of the Urban Decay vegan products. It includes a wide variety of cosmetics, brushes, and even some accessories too.

Some of the best-selling Urban Decay vegan products are:

END_OF_DOCUMENT_TOKEN_TO_BE_REPLACED 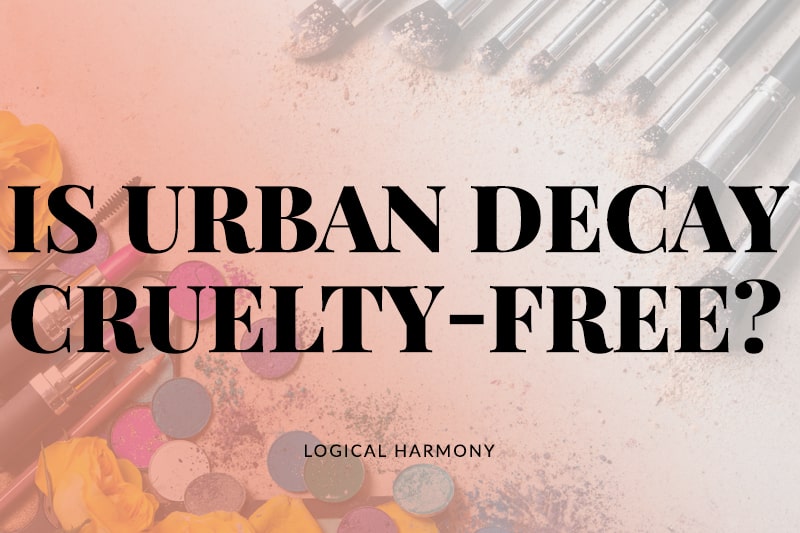 Is Urban Decay cruelty-free? Keep reading to find out the details. END_OF_DOCUMENT_TOKEN_TO_BE_REPLACED The past few months have been pretty crazy for fans of Urban Decay who only use cruelty free and/or vegan cosmetics. First the brand announced their plans to sell in China (where animal testing is required by law), then they went back on that decision. Last week it was announced that L’Oreal bought Urban Decay. L’Oreal is notoriously known as one of the worst offenders when it comes to animal testing, so this raised quite a lot of questions for the once outspoken cruelty free brand. Now the brand has assured PETA that they will not be testing their products on animals.

I am very happy to hear that PETA worked with Urban Decay to get this statement in writing. To many, Urban Decay having a parent company that tests on animals is enough to make them ditch the brand regardless of their own stance. For another large number, the flip flopping of the brand over the past several months is also enough for them to not want to support Urban Decay. On the other hand, I can’t imagine it being easy to be a cruelty free brand that has just been bought out by a company like L’Oreal and how difficult it must be to preserve the brands original morals.

While I as an individual will not be supporting the brand, and you will not see their products featured on Logical Harmony, I am glad that they have decided to not sell in China like the majority of L’Oreal brands. In an ideal world Urban Decay would have never sold to a parent company that tests on animals like L’Oreal does, but them remaining a cruelty free brand is better than nothing. I choose to leave the parent company issue up to readers, but I do believe that having access to information on all cruelty free brands with vegan options is important for everyone – even if you don’t purchase the brand yourself. A few months ago, cosmetics brand Urban Decay announced that they were going to change their stance on animal testing in order to sell their products in China. Despite publicly changing their stance on testing, Urban Decay also continued to market products as vegan. After a large public outcry, they reversed this decision to sell in China and went back to their cruelty free ways.

Now there is yet another twist in the Urban Decay saga. Cosmetics giant L’Oreal has announced that they plan to buy Urban Decay.

L’Oreal has long been known to be one of the worst offenders when it comes to animal testing. L’Oreal also owns a large number of very popular cosmetics brands (you can view the full list on L’Oreals own site), only one of which, The Body Shop, has been able to maintain their cruelty free status by not testing on animals. Despite all but one of their brands testing on animals, L’Oreal occasionally donates money to “help put a stop to animal testing”. In March of 2012, they donated $1.2 million to researching alternatives. Yet did not stop testing on animals themselves despite a wide variety of humane alternatives being readily available.

So what does this mean for Urban Decay? It’s hard to say.

Being owned by a company who is so well known for their poor treatment of animals will lose them a lot of customers right off the bat. To many, buying from a brand who is owned by a company who tests on animals is enough to no longer consider that brand to be cruelty free. I like to leave this decision up to readers. Some would rather buy from a cruelty free brand (even if their parents company does test) than buy from a brand that tests on animals. Not everyone has access to a wide range of cruelty free brands that have cruelty free parent companies. Buying from a cruelty free brand is better than nothing and helps send the parent company a small message about where your money is going. Any brand mentioned on Logical Harmony with a parent company who tests will have that noted. It’s possible that, like The Body Shop, Urban Decay products may not be tested on animals.

However, part of the reason that L’Oreal wants to buy Urban Decay is so they can open the brand up to a worldwide market. This likely means selling Urban Decay products in China, where animal testing is required by law. This is not confirmed and could just be speculation. At this point, it really could go either way with Urban Decay’s stance on animal testing.

I would contact Urban Decay and let them know how important it is to you that they remain cruelty free, even if being bought by L’Oreal. If them being owned by a parent company that tests on animals means you will not buy their products, let them know. If they decide to change their stance on animal testing in order to sell in new markets, let them know that this means losing you as a customer. It really is important to use your voice in these situations and let these brands know your thoughts and feelings. If Urban Decay has already backed out of testing on animals in order to sell in China, perhaps having a vocal community of people continuing to support them being cruelty free will keep it that way.

You can read more about the possible merger of L’Oreal and Urban Decay from Fox Business, the Wall Street Journal, Bloomberg, and EuorInvestor. Urban Decay has updated their Animal Testing Policy to read :

After careful consideration of many issues, we have decided not to start selling Urban Decay products in China. While several factors were important in reaching this decision, ultimately we did not feel we could comply with current regulations in China and remain true to our core principles. We know there are many progressive consumers in China who would embrace an opportunity to purchase non-animal tested products – our hope remains that we have the chance to offer Urban Decay products to these consumers someday in the future.

Following our initial announcement, we realized that we needed to step back, carefully review our original plan, and talk to a number of individuals and organizations that were interested in our decision. We regret that we were unable to respond immediately to many of the questions we received, and appreciate the patience our customers have shown as we worked through this difficult issue.

Since our founding in 1996, we have been committed to ending animal testing in the cosmetics industry. As demonstrated by the renewed support we have received from organizations like PETA and the CCIC, this principle remains at our core. Urban Decay does not test its finished products on animals, nor do we allow others to test on our behalf, and we require our suppliers to certify that the raw materials used in the manufacture of our products are not tested on animals. Urban Decay is proud to be 100% cruelty-free.

For all of my readers that are huge Urban Decay fans, I am so excited that they have decided to stick with their cruelty free ways! I do think that this really shows that you can change things if you are willing to speak up for what you believe in. If you follow Logical Harmony on Twitter or Like Logical Harmony on Facebook, you no doubt saw that I was tagging them in Facebook posts and tweeting at them about it. I know that I wasn’t the only one either, and it’s amazing to see the power that your voice really can have in these situations. You have it! Don’t be afraid to use it!

Despite these changes, I am undecided about if I am going to continue to promote Urban Decay on Logical Harmony. The main reason for this being that even after they announced that they were going to start testing on animals in order to sell in China, Urban Decay was still trying to market some of their products as vegan. The majority of those who live a vegan lifestyle would agree that a product that is tested on animals is not vegan. If they were willing to market products that had been tested on animals as vegan, how true are they to their original morals about animal testing? Was this decision based purely on the idea of losing money by selling in China? This sudden change of heart makes me question if I will be able to trust Urban Decay in the future.

All that being said, I am very glad that Urban Decay has decided to go back to their original stance on animal testing. I think that it’s wonderful to show that our voices do have power. Even if it is just our wallets that they are listening to.

What do you think about Urban Decay changing their mind about selling their products in China?

A big thank you to reader Ibby for letting me know about their updated stance earlier today! I really appreciate your tweet! You can also read another post about this on Phyrra – Breaking News! Urban Decay Decides NOT to Sell in China. 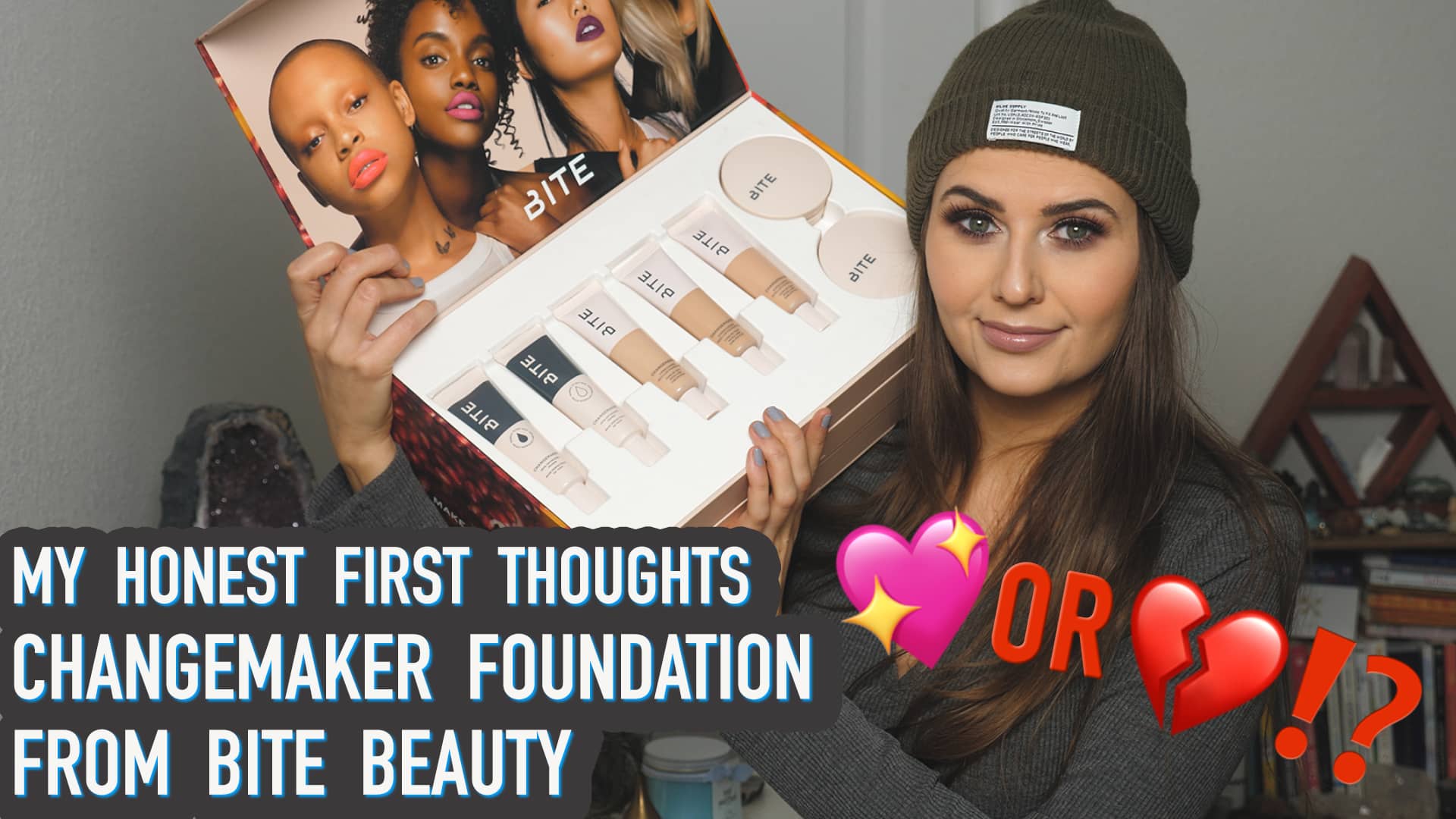 Curious about the Bite Beauty Changemaker Foundation? Learn more about it here.

Bite Beauty is cruelty-free and recently sent me the vegan-friendly Bite Beauty Changemaker Foundation, primer, setting powder, and some other goodies. I wanted to try them for the first time on camera in this first impressions video and wear test.

What’s also super exciting is that Bite Beauty is now a fully vegan brand! It’s truly amazing seeing as a few years ago they didn’t have a single vegan option, and now their entire line is free of animal ingredients.

Editor’s Note: By using the affiliate links contained in this post you are helping to support Logical Harmony as we may receive a commission on purchases made (with no added cost to you). This helps keep Logical Harmony running, and we appreciate your support.

END_OF_DOCUMENT_TOKEN_TO_BE_REPLACED

Logical Harmony was created by Tashina Combs with the goal to make cruelty-free beauty easy. Here you'll find all sorts of guides, tips, and tricks to make it so easy for you to pick the best cruelty-free options out there. 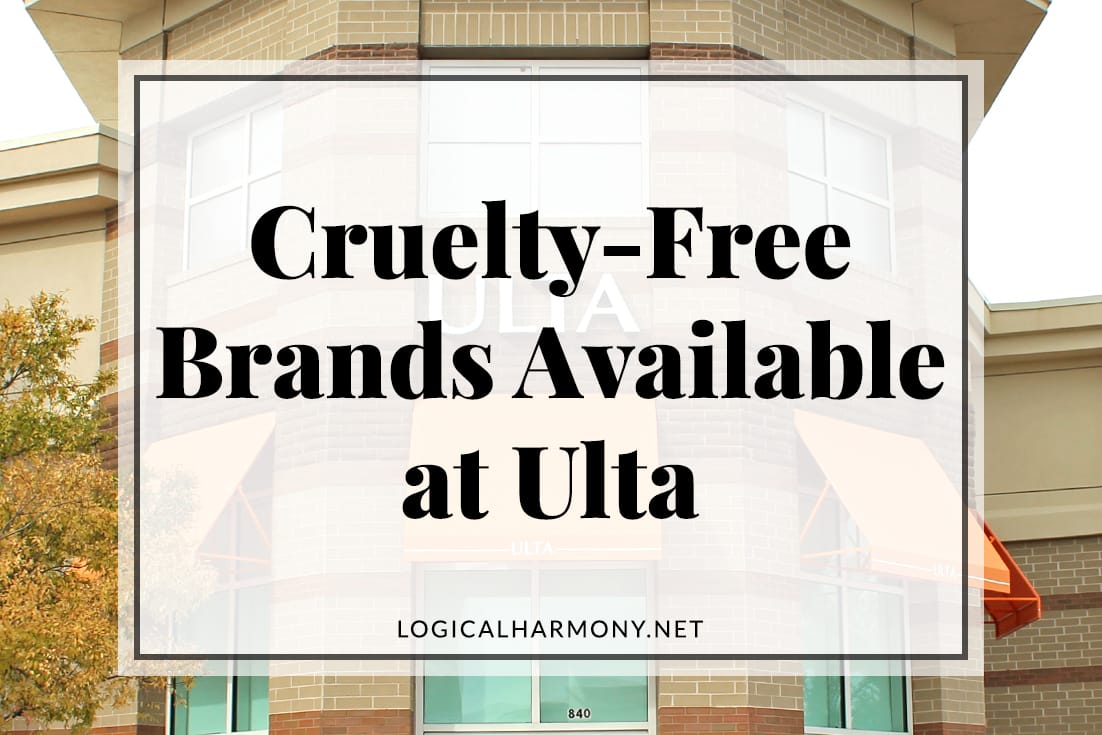 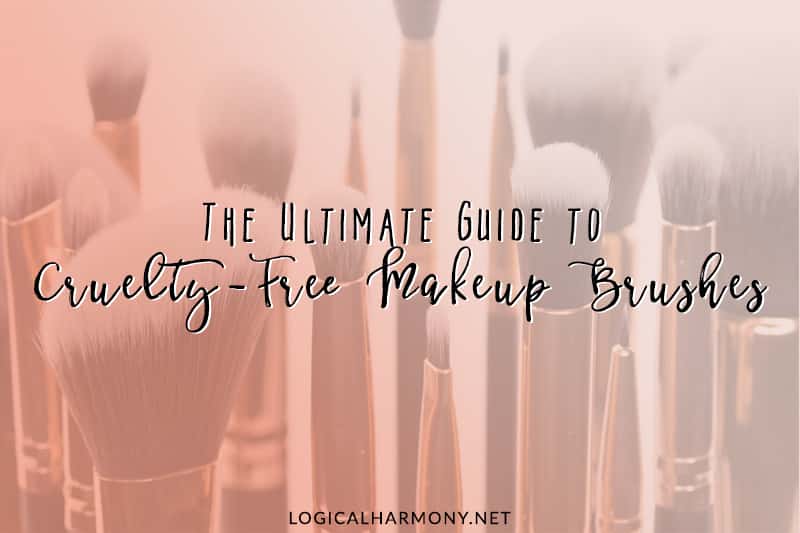